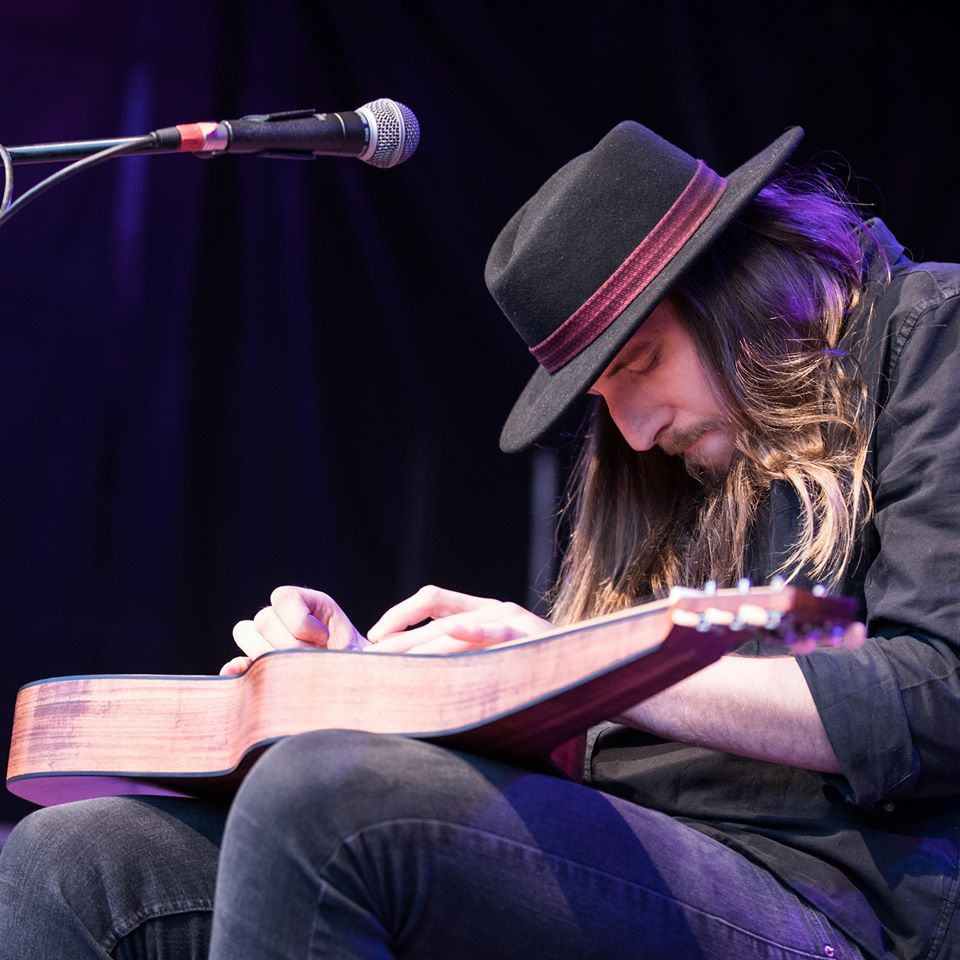 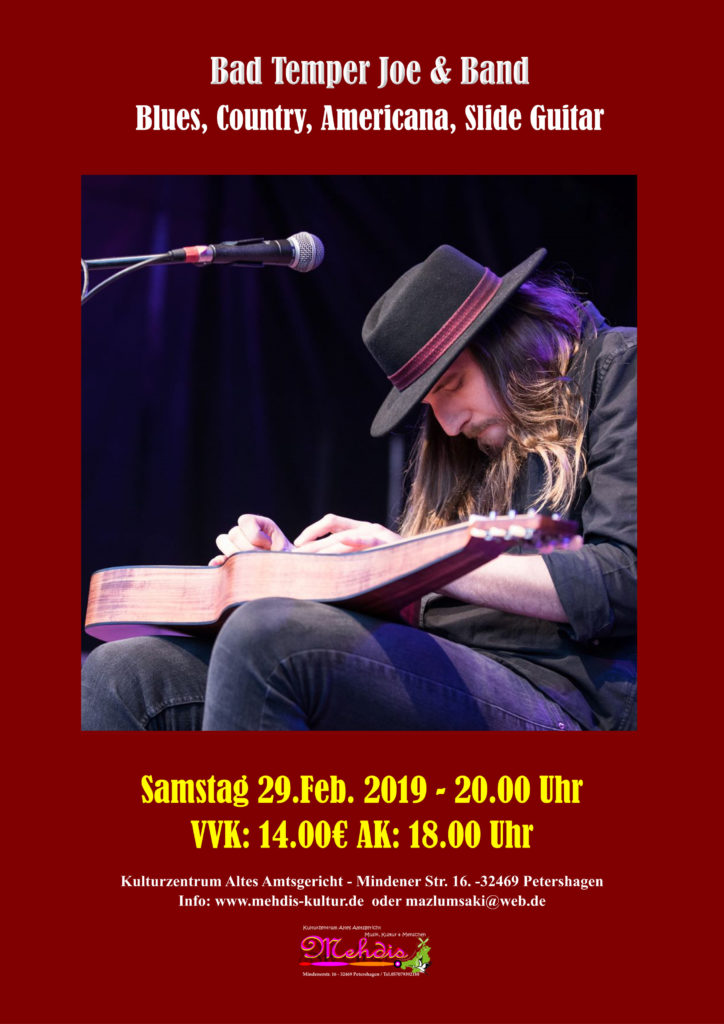 Bad Temper Joe is a German singer/songwriter with a strong penchant for old school blues. He has carved out a nice little living playing and recording blues infused numbers with a more updated (but true to its roots) contemporary songwriting twist. Listening to Joe you feel the man’s genuine deep rooted love of the blues genre. Well, the blues is the blues and can’t be reinvented but he just writes and plays songs that connect with peoples’ everyday emotions and feelings and the blues just happens to be a style that is a great conduit for this task. This is where Joe has captured many fans over recent years, his ability to make the blues accessible to everyone not just the die hard blues aficionados, his Bob Dylan meets Buddy Guy brand of music is familiar but fresh at the same time.

Joe mostly plays his blues guitar by laying it on his lap. And then there is his voice which beautifully comes in, so pure, so loud that you wish he’d never stop singing. One of those voices which cuddle you and at the same time are so full of energy. Juggling between sad and happy songs he makes the audience travel through different places in which blues is king. And when Joe starts to growl and moan and to torture the strings of his guitar you’ll get hooked to his music, to the smokey, lonesome and painful groove of his guitar, the rusty sound of his voice and the bluesy lyrics of his songs.